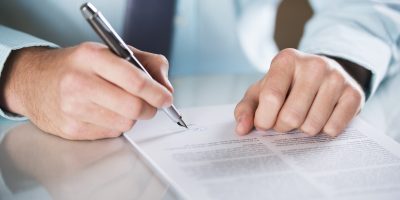 How To Solve Patent Disputes

Do you want to resolve a contractual dispute? It’s a common misconception that the only way to resolve this is by suing the other party.

This is not the case always.

There are other ways to resolve a legal issue, whether it be problems with intellectual property or employment discrimination. Contractual disputes offer more framework because the contention happens within what was previously agreed upon, as written in the contract.

But before we give you the different ways of rectifying the issue, let’s discuss briefly what causes a contractual dispute.

Contracts can be essential to make sure that plans and agreements are always upheld. It may not always be applicable when having deals with friends, but when it comes to business matters, every agreement requires a contract.

A contractual dispute arises when a contract is broken, either intentionally or not; but most of the time it’s intentional.

Contracts are often broken when circumstances change, or when terms that were previously believed to be clear suddenly became murky.

So without further ado, here are four ways you can resolve a contractual dispute:

If you want to resolve a contractual dispute peacefully, you should go with mediation.

Both parties have to voluntarily enter the mediation process. By its nature, mediation does not force anyone into an agreement.

That being said, both parties must explicitly agree to the conditions they each demand to resolve the conflict.

A mediator – usually a retired judge or attorney – acts as a neutral third-party that helps with the process. Included in his role is his or her ability to articulate the statements and positions offered by the parties to each other. For this reason, a mediator must be extremely knowledgeable in the industry where both parties are operating.

When you go through mediation, you’re assured that all information remains strictly confidential. Even the process itself is hidden from people who are not involved in it.

Arbitration is a stricter form of mediation. It follows the same process but the main difference is what happens at the end of the process: the arbitrator issues a decision that is legally binding to both parties.

Although it seems similar to litigation, it’s less formal and the final decision usually occurs quicker.

Since the final ruling is quicker than litigation, arbitration is more cost-effective and less time-consuming. However, the process is almost the same, only simpler with the arbitration. Witnesses are called, pieces of evidence are also presented, and so are arguments.

Collaborative law is another alternative method that you can use instead of having to go through a long litigation process. From the term “collaborative” itself, attorneys from both sides collaborate with each other into working for a resolution without having to go to court.

This method is similar to mediation, but instead of a neutral third-party mediator, both parties have their own attorneys to present their side of the agreement.

The goal is to arrive at a peaceful settlement, with both parties meeting together with their own lawyers. In a series of meetings, negotiations take place, discussing the rules of collaboration, the interests and goals of both parties, and the changes and terms they want to apply to the resolution.

Collaborative law is a confidential process, giving full control to both parties in resolving their disputes.

We’ve now arrived at the contractual dispute resolution that is most popular and most stressful of all. There’s no confidentiality in traditional litigation and the goal is to find fault in the other party.

Even if litigation is more expensive and time-consuming, some people would still choose to go this way because the other three alternative methods will not help resolve the issue.

Resolve Contractual Dispute with a Method That Works Best

These four methods of resolving contractual disputes offer a diversity that matches the different personalities and beliefs of the parties involved. If you need help in deciding the best method, you can always consult with an expert like Judge Timothy K. Lewis, who has extensive experience in handling contractual disputes.

How To Solve Patent Disputes